Choosing a Quiet Generator For Camping 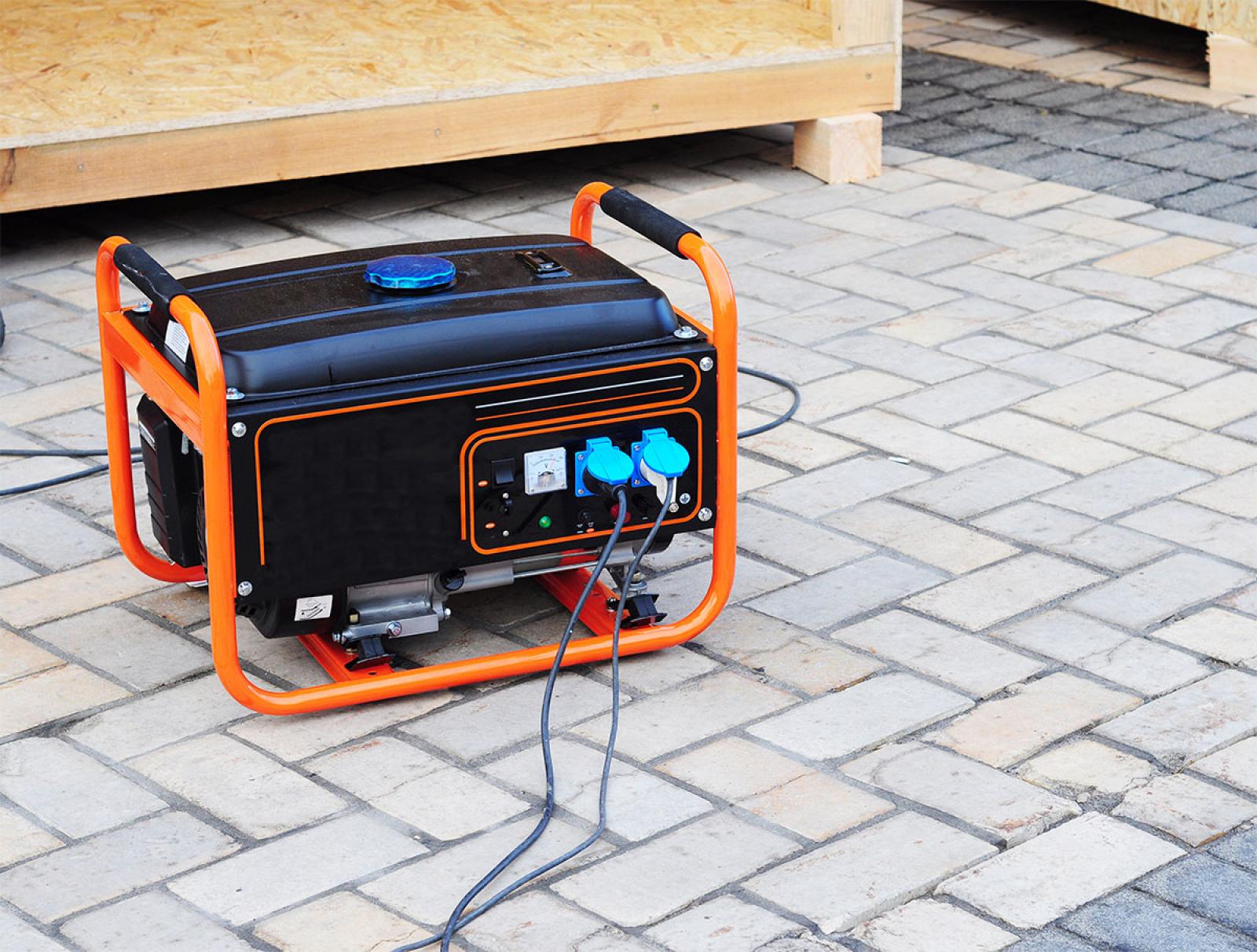 Choosing  a quiet generator for camping?

Key Features to consider for the best camping generators:

Using generators for camping is quite normal these days to have portable power without relying on your vehicle's engine to supply the power all the time. They are mainly used as a power source without relying on the vehicle's power or batteries constantly. Still, it would be best if you kept in mind a few factors before choosing which quality generator is the best for you. Some factors include:

Choosing a camping generator with a long warranty, such as a year warranty or longer, can be good as it might be a sign of good durability. This means you are covered if something goes wrong with it during that time, as no one really wants to mess around with a generator while camping.

With the warranty service, you might be able to swap the generator or carry out repairs on the damaged generator in no time.

When using a portable camping generator, you don't want a generator which takes up a lot of room and makes it difficult for you to do much. Having a small, lightweight, and compact generator when camping is perfect for transport in limited space.

The price range is one of the most important things that need to be considered when getting a camping generator.

The generator's cost can sometimes reflect whether the generator is reliable or not (too cheap, and it might not work well or last long compared to others); however, this is not certain. Also, the price can be put into how much fuel it consumes as some go through fuel a lot faster than others.

Keeping this in mind is essential so that you don't waste money and get what you have paid for to the best. Ensuring that you have a good mind on what you want from the generator, which is within your price point, is essential; however, you must remember that no generator will really meet all your requirements while being affordable.

Also, a generator is usually placed close to the caravan you are in, so having a too loud generator will also impact you.

Using an inverter generator could help run the amount needed to meet the power being drawn out. Choosing one of the quietest and portable generators on the market has some benefits as it is less likely to affect you or your neighbours.

Choosing one of the best quiet operation running portable generators is a great idea to ensure you are not wasting your money while getting the best use out of the generator.

The amount of time your camping generators can run is significant when choosing which generator to get. A generator should at least last 8 hours on a full tank so that you can have power while you sleep.

This also means you will not need to wake up in the middle of the night to fill the tank up again. Ensuring the generator has good fuel efficiency is extremely important. Having good fuel efficiency means that you are wasting less fuel and saving more to get what you pay for.

The fuel tank's size is important as well when finding out how long the portable generator can last and whether it is efficient enough with its fuel consumption and its performance overall.

Some generators use two fuels simultaneously (dual fuel generators), and they usually use a mixture of fuels such as diesel and natural gases, which helps them support the consumption. This means that they are not just fuel or gas-powered, but they utilize both of these fuels to make it last longer. The mixture between these two is controlled automatically to ensure fewer mistakes are made.

Inverter generators usually produce AC power, and this reverses the direction of the electrical current. The inverted generator produces AC power by converting it into DC power through the rectifier, which reverses AC power's power. Through this process, you can create steady current appliances which draw from it.

This includes draws, microwaves, vehicles, etc., and allows them to run better. These inverter generators are lightweight and compact, which makes them suitable for portability.

Some generators call this "economy mode," which allows the generator to adjust the throttle to meet the power requirements automatically.

The inverter generator is one generator that is generally good with fuel consumption as it only throttles to meet the output requirements of power and is not running on full power all the time and wasting all that much power for nothing.

This makes it good when you allow it to run overnight and have most devices turned off to save yourself some money on fuel.

These two factors are very close to each other in this instance. The reliability and durability are essential for a camping generator to ensure you get the most out of them. Having someone come out and repair a damaged generator in the middle of nowhere can be painful and take some time. A reliable and durable generator will mean you have a better chance to enjoy yourself during your camping trip.

What size generator do you need for a refrigerator?

The first thing that you need to consider when choosing which generator to get for a refrigerator is how much power the refrigerator will take. A small under-counter RV refrigerator will usually take around 150 Watts while running, and the startup current will be around 300-450 Watts.

This can change depending on the refrigerator's power requirements, so make sure to check this first before deciding which generator to get.

What size generator do you need to run your air conditioner?

An air conditioner can take up a lot of power depending on its size. When you are looking at a small RV air conditioner, this may only be 5,000 BTU AC. As such, this air conditioner will require around 300 Watts of running power but 1,000 Watts for the startup current.

What size generator do you need for camping?

For deciding what generator you want for your camping trip, you will need to assess what your needs and essentials are beforehand and decide what compromises you are willing to make. In most instances, there will not be a generator that can fit all your wants, so you may need to choose which are more important. You may want to save some money or have a smaller generator for its portability and other reasons.

Many generators are also strong enough to power simple equipment if you plan to use things like drills and tools like that, but this might need to be taken into account when looking at the wattage overall. Looking at the reviews of generators might also help when deciding which to get.

Some other things might help when deciding the type of generator you want. First of all, start with listing all appliances and their running and starting watts. This list will consist of the appliances you are taking with you and what they will require. Some of these items can be taken off later f needed. Whenever you see the combined starting wattage of all the appliances, this will be relatively high and might go past the generator that you have chosen so far.

It would help if you remembered that the appliances could be starting separately, and many can be turned off to reduce the load on the generator at certain times. This allows each appliance to be used without going over the maximum wattage.

With this in mind, you also need to consider how much the outlet plug can hold for the equipment you are having to support any devices or tools you are using during your stay there. Some outlets can be rather sensitive, so you don't want to damage them either.

Using a Generator in a Campsite

In most circumstances, camping is supposed to be a time for you to enjoy yourself with your family. However, it would help if you were mindful of the other campers as some portable generators can be very annoying to your neighbours and cause disputes.

Most campsites have their own rules when using the land and staying over. Some of these rules might include prohibiting generators' use completely, and others might have designated land on the campsite for generator uses. Either way, ensuring that you are not using it recklessly is essential.

Quiet times are basically when generators are not allowed to be running during these times. Some people suggest that you use portable battery power stations as a backup during this time so that you can have basic electricity (such as lights) during the night.

Whenever you are on a camping site, one good idea to get along with the rules is to follow the National Parks rules for generators. For example, some rules state that no motorized machinery (which includes portable generators) can exceed 60dBA from a distance of 50-feet away.

This means that it should be relatively quiet at this distance not to disturb the other guests. Although this is a good idea to have when getting to know the rules, some campsites have stricter rules to protect other campers during their stay.

Having common decency for your other camping neighbours should be important to you. This means that you should try to avoid placing any of your portable generators too close to other tents, trailers, or RV's. This is mainly due to harmful exhaust fumes that are produced from the generator. These gases are not just dangerous to both you and the other campers nearby but also unpleasant when caught with them.

Another way to ensure nothing clashes with the other campers is to ask what they think about having a generator running on the campsite. This ensures that you understand what they are thinking and gives you a better idea of where you can use them and where you cannot.

If you are looking for reliable  generators for sale, we provide the best brands with UK wide delivery. 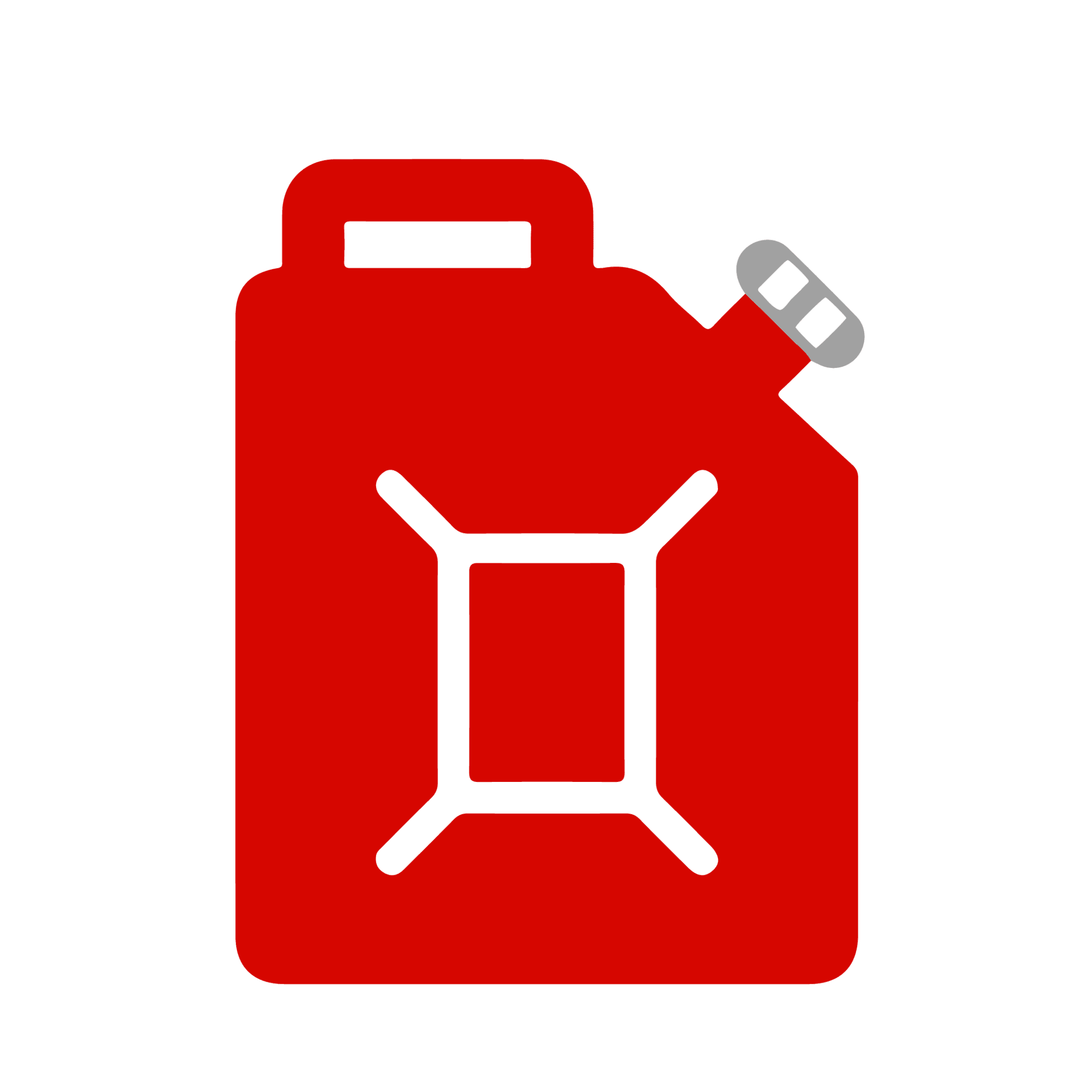 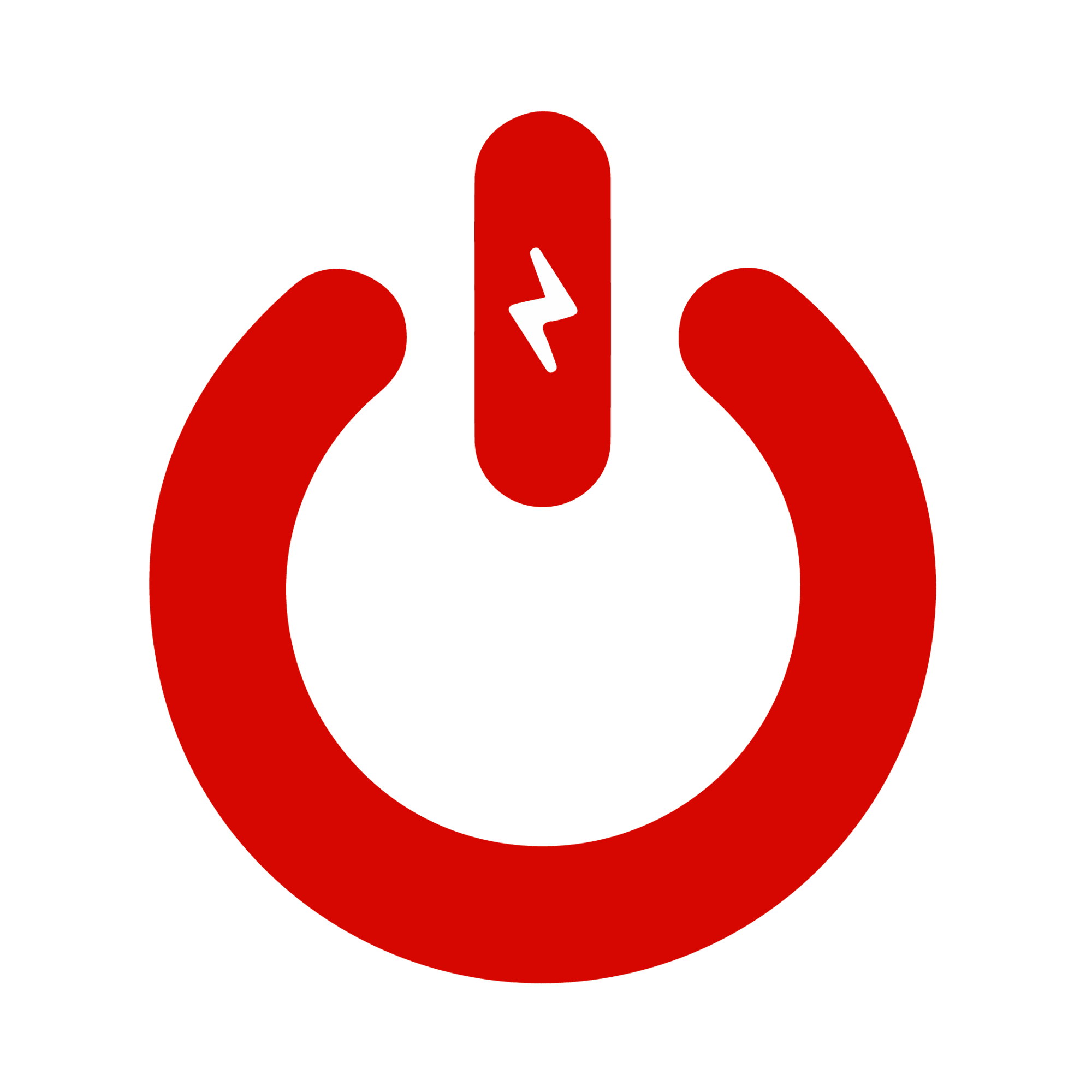 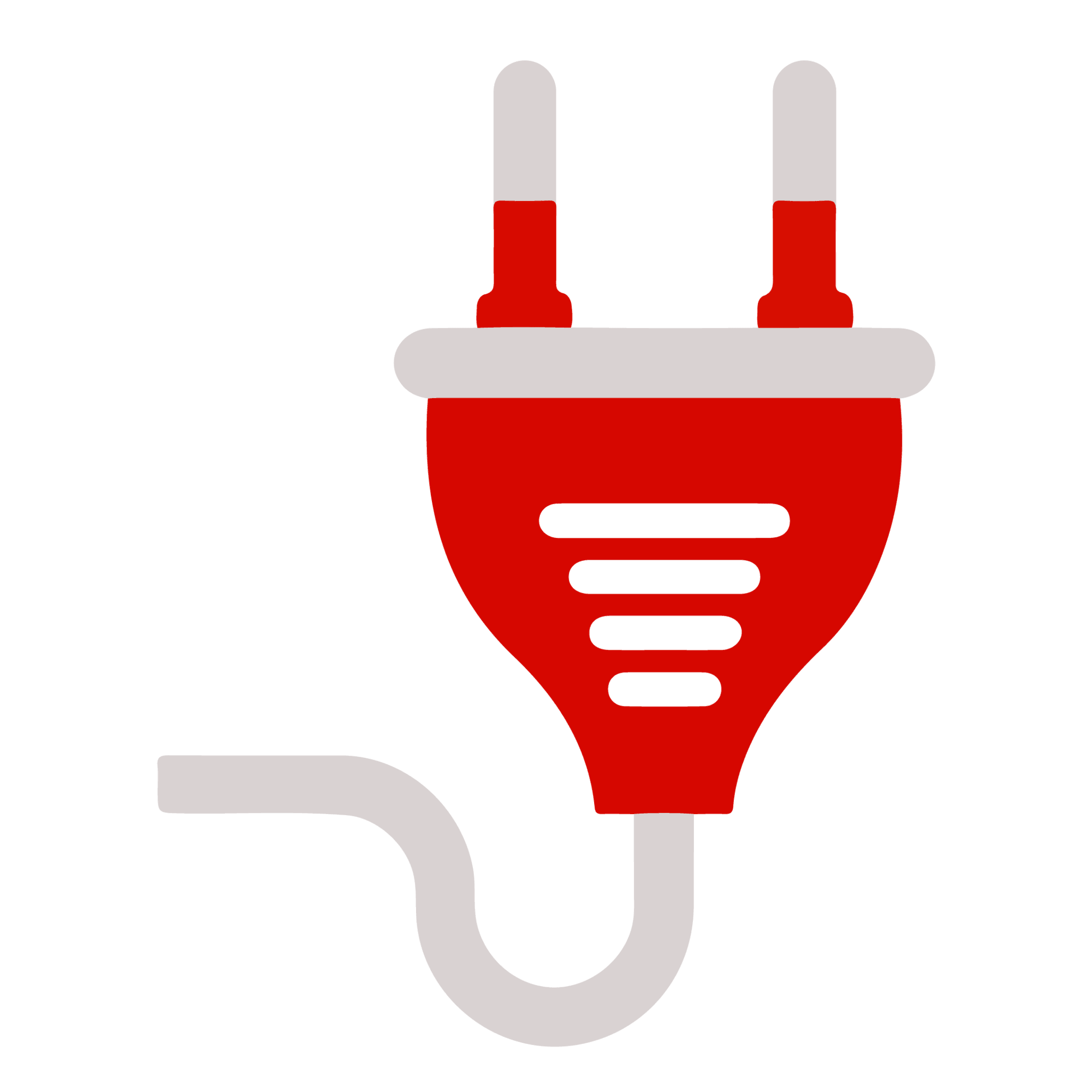 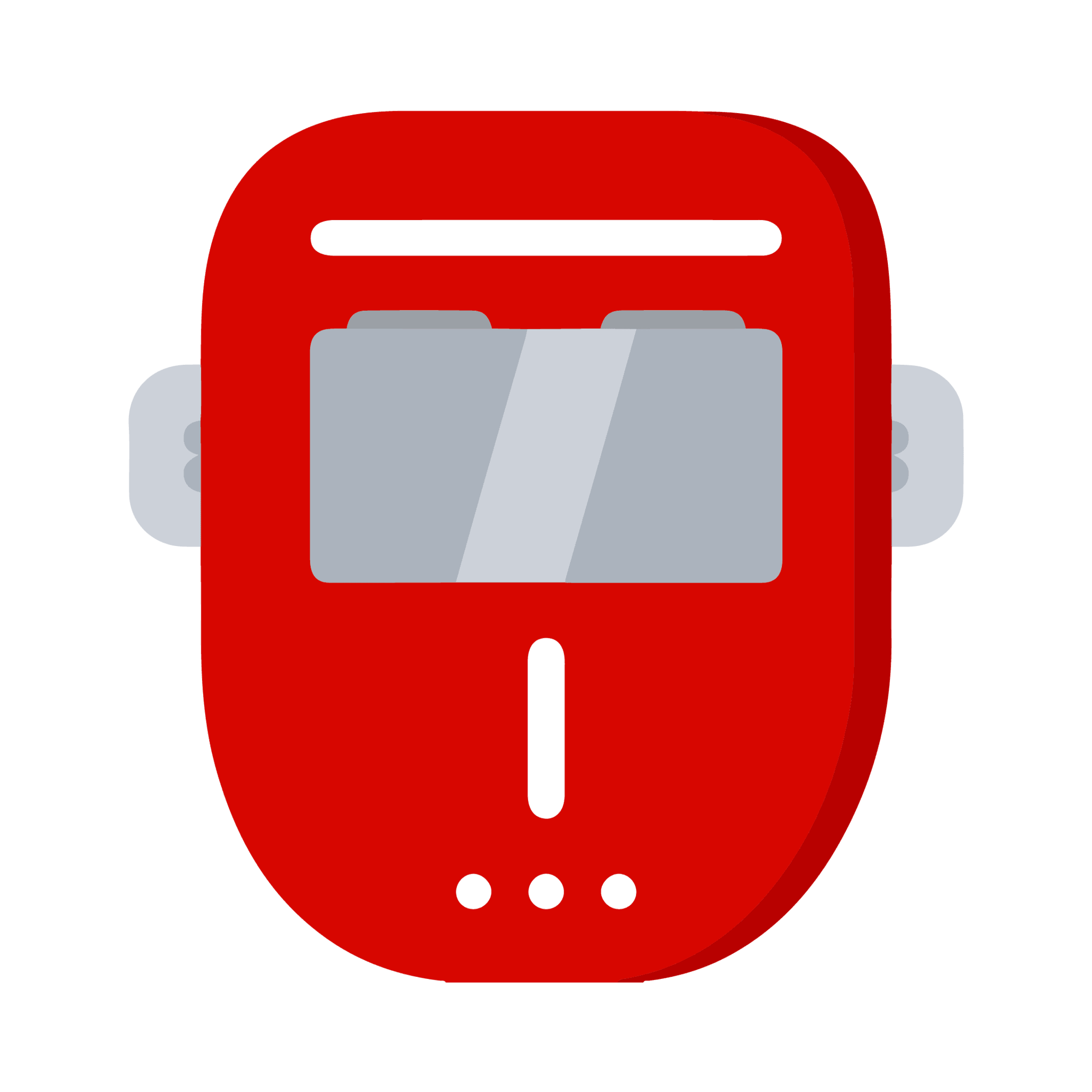